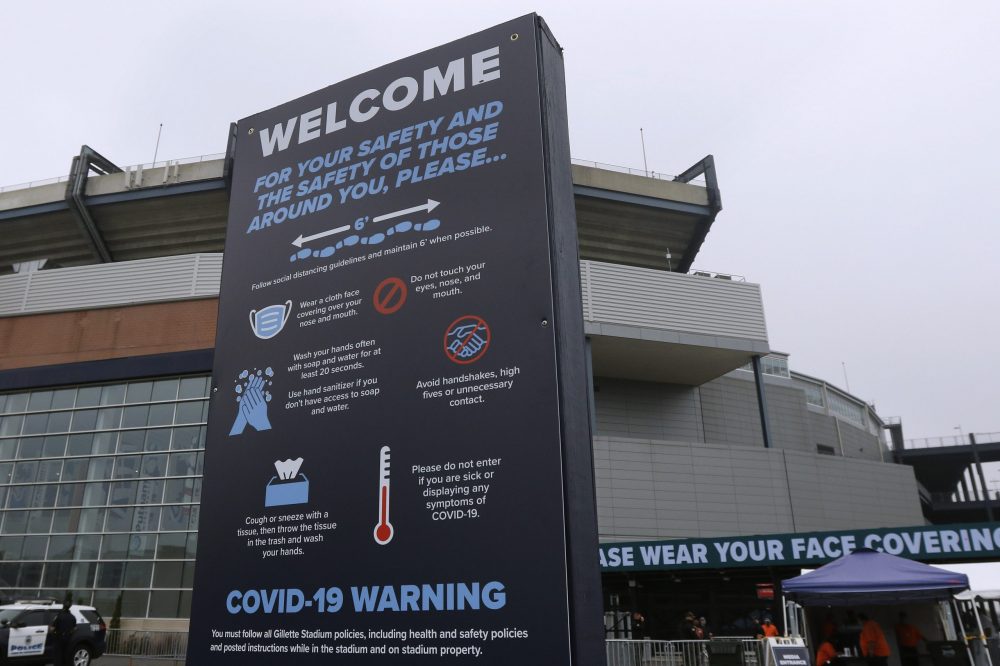 In a week like no other in football, we had a Covid outbreak hit the Titans, Cam Newton tested positive and two games were thrown into limbo with very different results. ESPN, Yahoo and other hosting sites have been pretty good with information and options to allow leagues to adjust. Some leagues went as far as to offer reserve spots and provisional players, others have made no accommodations, most are somewhere in between. If your league is one that did not offer a lot of accommodations this week, start a conversation *now* about what happens if an outbreak occurs in weeks 6-11 where 4-6 teams are off each week. It is unlikely that this will be the only time fantasy teams will need their own protocols to manage Covid-19, so we will publish a chronology of the week in order for you to build your own plan to ensure you are prepared if/when this happens again. Where we are talking about Titans/Vikings/Texans/Steelers/Patriots/Chiefs here, apply the lessons of each to the future teams that might fit them. In fact, Titans/Bills in week five is far from a certainty.

Tue 9/29: While they had a couple of positive tests prior to the Vikings game (a coach and practice squad player who did not make the trip), the Titans report eight positive tests (three players, five staff). The Titans and Vikings close their facilities pending test results, games are still scheduled. Vikings all test negative.

Knowing what we do about Covid, it is unlikely that once eight infections are detected that it will end there. Tuesday is waiver day. If you are planning to start Henry, Cook, Thielen or any other Titan or Viking, make sure you have an option on your roster. If you don’t have one, use the waiver wire or free agency to get a Plan B. The Texans and even more so the Steelers, become possible collateral damage. Take the same lineup precautions – can you start a lineup with no players from these four teams? We discussed the outbreak on Cail and Company and expressed a great deal of concern for all teams, especially Titans/Steelers.

Three days in a row of positive tests returning is trouble for the Titans (and collaterally the Steelers). The virus has a long incubation period and while the Vikings look good, they are not in the clear. The waiver period is over, do you need a free agent to round out your plan B lineup? While the league isn’t saying anything yet, if a team has multiple positives and counting – expect to see their game postponed.

Now you know you need Plan B for your Titans and Steelers. Fantasy owners are very fortunate that this is not week 8 or 11 when six other teams are off. Vikings/Texans are starting to look good. If you picked up a contingency player(s) for Watson, Johnson, Fuller, Cook, Thielen, etc. you can start thinking about cutting them for a future advantage on Saturday, rather than wait for next week’s waivers.

If you are old school and work off a printed copy of the weekly schedule, write in the changes: PIT @ TEN for week 7, move Baltimore’s bye from week 8 to week 7 and add PIT @ BAL to week 8. Take a look at your team’s week 7 and 8 lineups. Did this move create any future lineup problems for you? Maybe you drafted Lamar Jackson and Kirk Cousins as a backup. If so, you need a new plan. If your starting RBs are Jonathan Taylor and Mark Ingram, you might have a problem. You are better off addressing any issues from this change in weeks 5 or 6 rather than waiting for week 7.

As an aside, many fantasy pundits like to say, “It is a weekly game – I’ll worry about November in November.” FFI does not advocate a future first approach, but nor do we ignore it. If you have built a solid team, you can manage a few weeks out in order to stay ahead of the waiver wire frenzy each week. Additionally, if you are among the top teams in the league by the end of October, it is not too soon to consider potential playoff matchups. Of course things could change, but it is worthwhile to consider that the Ravens and Buccaneers, for example, have friendly playoff schedules.

Sat 10/3: The Titans have more positive tests. Cam Newton tests positive, Chiefs’ practice squad QB tests positive. The rest of the Chiefs and Patriots test negative on POC tests. Schefter reports that the game would probably be moved to Tuesday.

A starting QB tests positive. While the Patriots are not showing any additional positives it is hard to believe, given Newton’s exposure to so many players, that there won’t be more positives to come. The Chiefs player is less worrisome, but still a concern. Did he spend any time in the QB room with Patrick Mahomes?

Can you start a lineup without Titans, Steelers, Chiefs or Patriots? Do you have the roster flexibility to make a couple of backup moves? Even if you can, it will probably be low floor players and you really don’t want to pull Mahomes from your lineup for Nick Mullens.

The strategy here is to buy time. Look for plan B options on Monday night or even Sunday night in order to have as much information as possible before locking in your starter. In one league, I am holding Harrison Butker. I picked up Elliott Fry, who is kicking for the Falcons on Monday night. I could have had a better kicker on Sunday, but I really want to play Butker if the Chiefs are playing on Tuesday. QB is a tougher call – do you want to grab Brian Hoyer or someone better on Sunday? That is an individual decision based on who is available and how many points you think you need from the QB position to win your matchup. If you have someone on your roster or the wire who is likely to get you 85-90% of what you would get from a Chief or Patriot, you probably take the sure thing on Sunday, but below that, or if you need points, buy time.

If you bought time (or rolled the dice) it appears that you will be rewarded. While word came down too late for the afternoon games, if you left room for your Chiefs and Patriots, you can start them and feel reasonably safe. The Patriots in particular drew to an inside straight and have been very fortunate not to have additional cases (though they are still not out of the woods and I have some misgivings of my own about the NFL’s protocols).

Summing up, if the outbreaks happen early and you have time, secure the best Plan B’s you can. As the week goes on and you get more information, make the calls on the backups or buy more time. You can change your Plan B in order to get more time if needed; you may annoy some league members by making extra transactions and locking them out of certain players, but we are playing to win. Unless you have that solid 85-90% option in front of you, buy the time by looking for Sunday night and Monday players for your Plan B if a game goes into limbo later in the week.

This season will require both advance planning and a willingness to change on the fly. We may still face an additional week added to the season and/or more schedule changes. Not to mention the action on the field, where the unique conditions and the evolving game are changing the state of play. We’ll get back to X’s and O’s next time.

Fantasy Football Intelligence: The Falcons Cleaned House. Should You? Next post

Fantasy Football Intelligence: The Falcons Cleaned House. Should You?