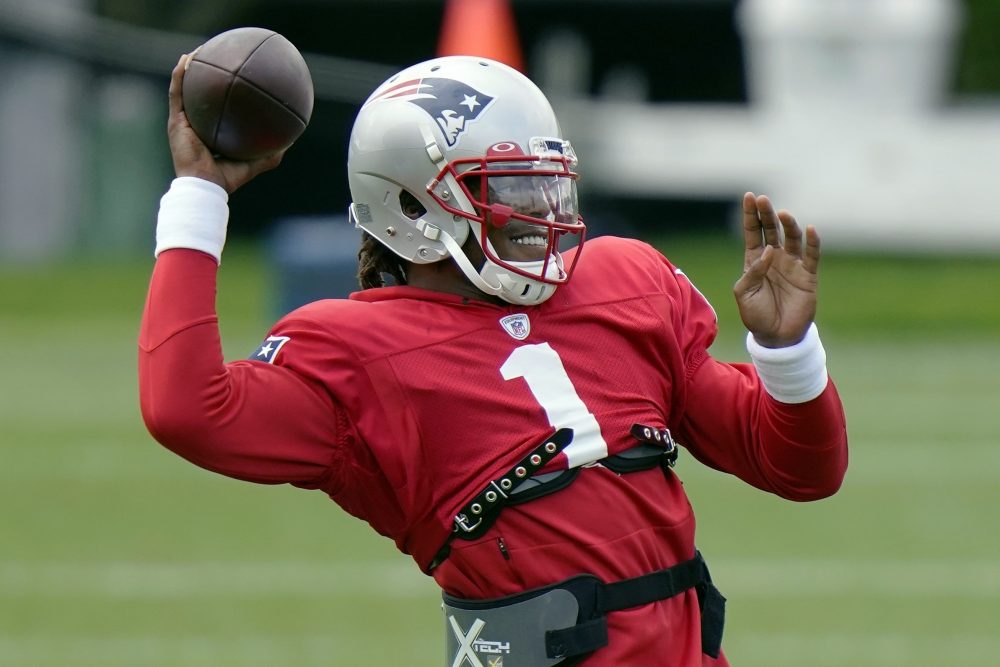 The first step to a successful fantasy season is to look at the big picture. Useful rankings and draft boards are a byproduct of first understanding how teams are likely to perform. There are 22 players participating in every play and every fantasy player’s performance hangs on what happens with his ten teammates on the field, as well as in the coaching meetings. Before projecting individual players, we first must establish his circumstances.

Generally, the players on the best teams have the most chances to score. There are also teams that have very narrow offenses whose production flows through a small group. You’ll probably have a combination of these on your team – like a balanced stock portfolio. Where possible, you should avoid skill players from bad teams. They will get drafted and you may end up with some on your roster, but these are the players who are most prone to being shut down by good teams. This doesn’t mean that Emmanuel Sanders is a better fantasy pick than Allen Robinson, but in a standard scoring league, he may be a better pick than any WR on the Raiders or Jets. Winning fantasy football is about minimizing your downside risk while still maintaining reasonable upside, so you want players whose teams will be around the end zone most often.

This week we will focus on our A-B-C team rankings. Factors influencing the rankings include recent performance, consistency of coaching staff and QB, overall offensive talent level (including linemen), quality of defense and division/schedule. In an normal season, we would have had preseason games and more than two days of contact at practices to evaluate. Depth charts would be shaking themselves out and we would have a clearer idea of how the teams intend to start the season. The Fantasy Football Intelligence philosophy gives more weight than most to organizational stability and culture under normal circumstances. We are forced to do so even more in the age of Covid-19.

These are the three tiers. In the next post we will put more meat on the bone with individual team capsules and player guidance. Player rankings and position strategies will follow from there. Remember, the best leagues draft as close to the start of the season as possible to reduce injury uncertainty. Given the limited training camp and the unknowns surrounding the virus, it is even more prudent to do so this year.

An “A” team will score well almost every week, regardless of opponent. Many of these teams will win double-digit games and make the playoffs, all will be relying on a high powered offense. Those that fall short should still deliver multiple successful fantasy options due to the points they put on the board.

B – “B” teams can still be pretty good. At least ten of them have a reasonable chance at making the playoffs and a handful could win the Super Bowl.  2-3 will probably have a better record than Atlanta, the Rams, Philadelphia or Tampa Bay. The difference between a good “B” and an “A” is the versatility of the offense and depth of talent. There will be weeks where these teams get bogged down, but there are still plenty of good players here. This is also where streaming defense gold can be found.

C – A “C” requires caution. At some point in your draft it will make sense to take someone from these teams, and there will be players who deliver value. However, we expect most of the C’s to be on the wrong side of .500 and some will be dumpster fires. Obviously, you do not want too many players relying on garbage time to score and/or navigating the distractions of a bad season – especially this year, when depending on how the virus unfolds, we could see more players shut down early than we ordinarily would. In order to minimize downside risk, you want at least 75% of your starters from the A and B teams. Figuring out the worst teams quickly is also important to a streaming defense strategy.

Here’s a good one for the road.

How Are Stand Up Comics Paying the Bills These Days? Comedian Joe List Shares His Thoughts Next post

Lee Benjamin has been a football fan since Jim Plunkett was under center for the Patriots and his first ever fantasy football pick was a young Jerry Rice. He’s won more championships during Tom Brady’s career than Tom Brady, though unfortunately, they pay a lot less. Lee appears on Cail & Company every Tuesday during football season to review and preview NFL action from a fantasy football perspective. His blog, Fantasy Football Intelligence, is published regularly on the WTPL, WTSN and Frank-FM sites. Lee spent over 25 years in New England media. He now resides in South Florida and enjoys freelance writing about sports and politics.